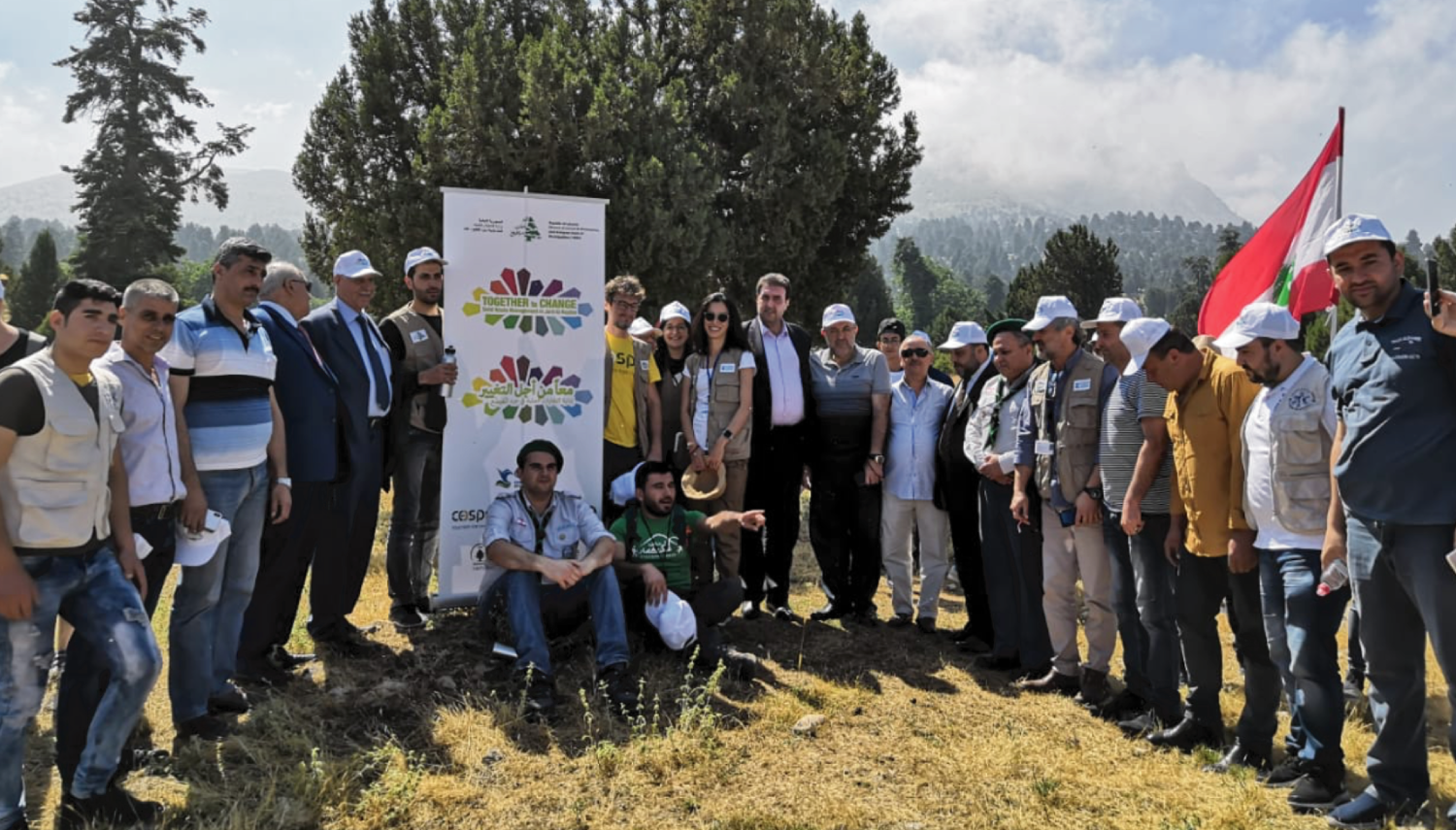 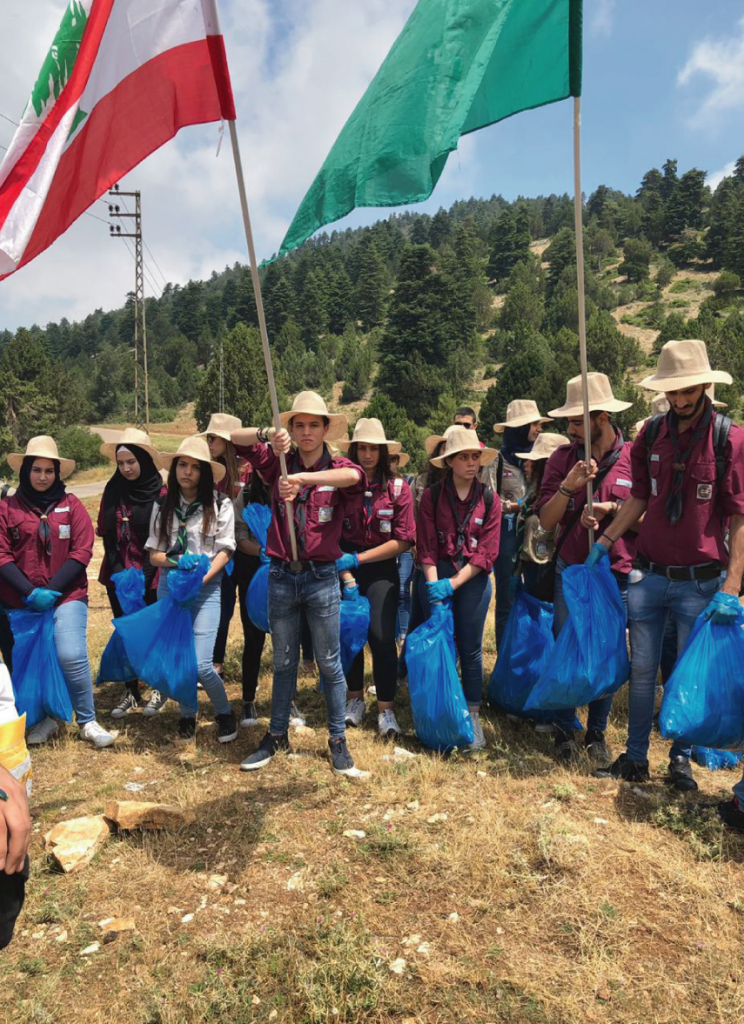 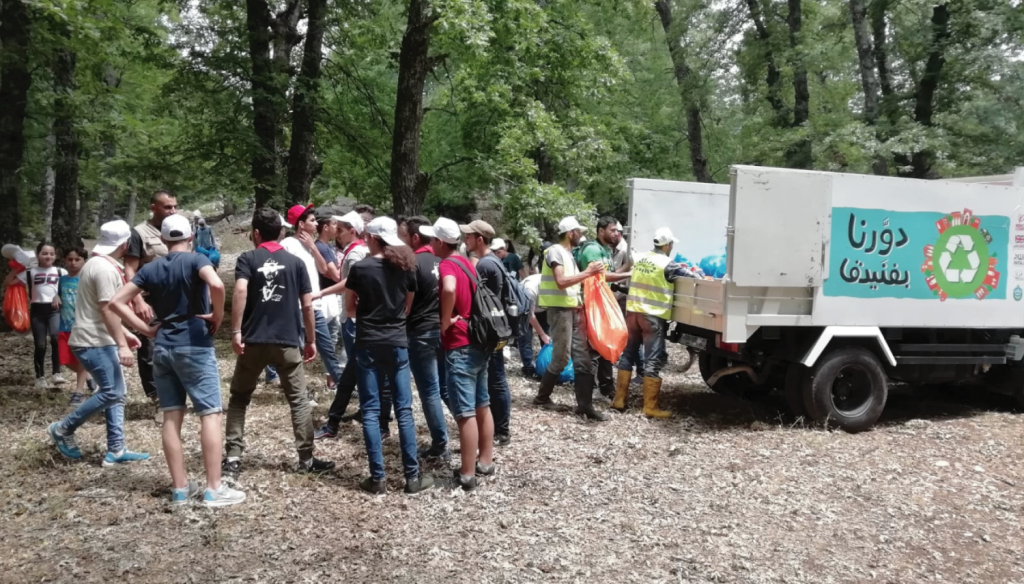 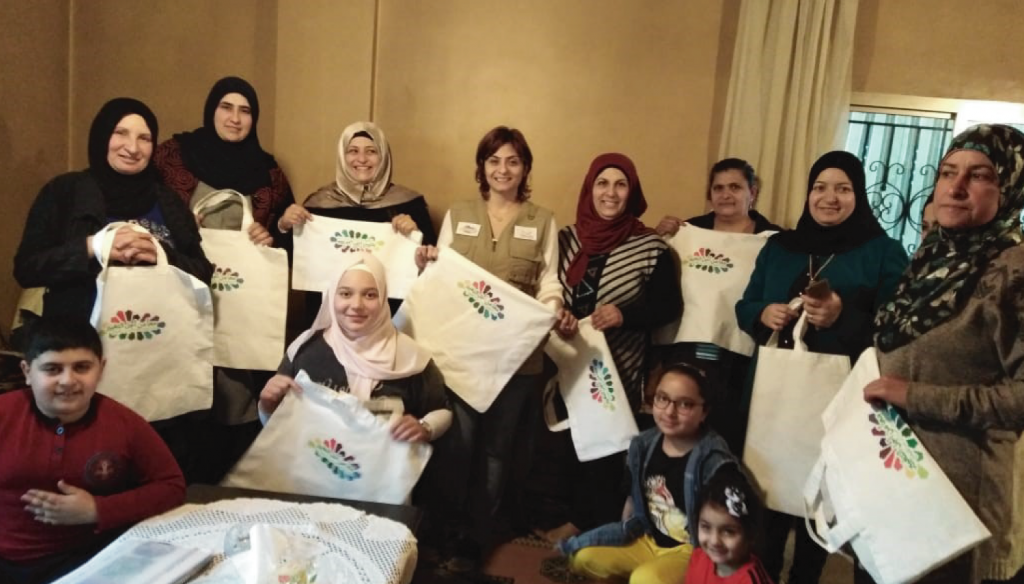 80%of the budget is co-funded by the European Union. The remaining 20% are funded by the different implementing partners of the project.

Lebanon has been facing issues related to solid waste management for years, mostly due to the proliferation of hundreds of open dumps. Akkar – one of the poorest districts in Lebanon – is particularly affected by the waste management crisis. The massive influx of Syrian refugees has further strained the capacity of the local Unions of Municipalities to fulfil the basic services of the population. This, in turn, has fostered the emergence of an informal recycling sector with the adoption of open dumps, very detrimental for the environment and adding further pressure between refugees and local communities. In this context, the Union of Municipalities of Jurd Al Kaytee (UMJK), located in the Eastern part of Akkar, is receiving support to tackle the issues surrounding waste management. Jurd al Kaytee is the eastern part of Akkar, characterized by mountainous landscape. It is located at approximately 20 km from the coast and 37 km from Tripoli. It is part of the Qammoua Cretaceous Water Basin. Nahr al-Bared is the most important river forming the Qammoua Basin and flowing into Mediterranean Sea about 15 km north of Tripoli. See the map on “click here for more information”.

The SWAM project aims at improving and supporting sustainable solid waste management within the Union of Municipalities of Jurd el-Kaytee (UMJK). More specifically, the project strives at building public consciousness about the issue of solid waste through a large awareness campaign “Don’t waste your waste”. At the same time, it is planning a strategy for a better waste management through a participatory process, as well as developing recycling infrastructure.

The project is implemented by a consortium led by the Italian NGO COOPI including:

– The Union of Municipalities of Jurd el-Kaytee (UMJK)
– The American University of Beirut (AUB)
– The consulting firm Studioazue
– The Cooperation for the development of Emerging countries (COSPE), an Italian NGO coordinates the awareness campaign
– Coop Erica, an Italian cooperative is in charge of the definition of communication strategy and tools
– Mada Association implements the campaign with COSPE

During the first years, the SWAM project included the following activities:

– Design of the “Participative Waste Management Master Plan” with the participation of local authorities. This Master Plan is being validated by the central authorities;
– Implementation of the “Don’t waste your waste” awareness campaign on sustainable waste management. This includes teachers’ training, student workshops about littering and recycling, as well as outdoor activities (planting walnut trees and cleaning days).
– Public sessions are held with key community actors to help the campaign spread its message;
– Conduct a Land Character Assessment to deal with management, planning, and monitoring of local development activities, tackling issues related to landscape protection.

Mada’s role focused on the implementation of awareness activities.

The “Don’t waste your waste” campaign is raising public awareness in the area of Jurd el-Kaytee about the issue of solid waste. More specifically:-

– Around 550 students (aged 11 to 14) from five different schools attended workshops on waste issues, participated to tree plantation activity and clean up days in the forest and around the schools;
– 77 teachers attended training sessions to better convey the issues of waste management to the students;
– Community leaders (mokhtars, sheiks, priests) and local authorities (municipal police) attended public sessions to discuss how to tackle the issues of waste management;
– Local associations (women’s associations and scout groups) attended public sessions for a better transmission of the lessons learned by the campaign.

The other components of the SWAM project will structure furthermore the UMJK’s waste management strategy and provide better recycling infrastructure for the benefit of the entire population in the area.