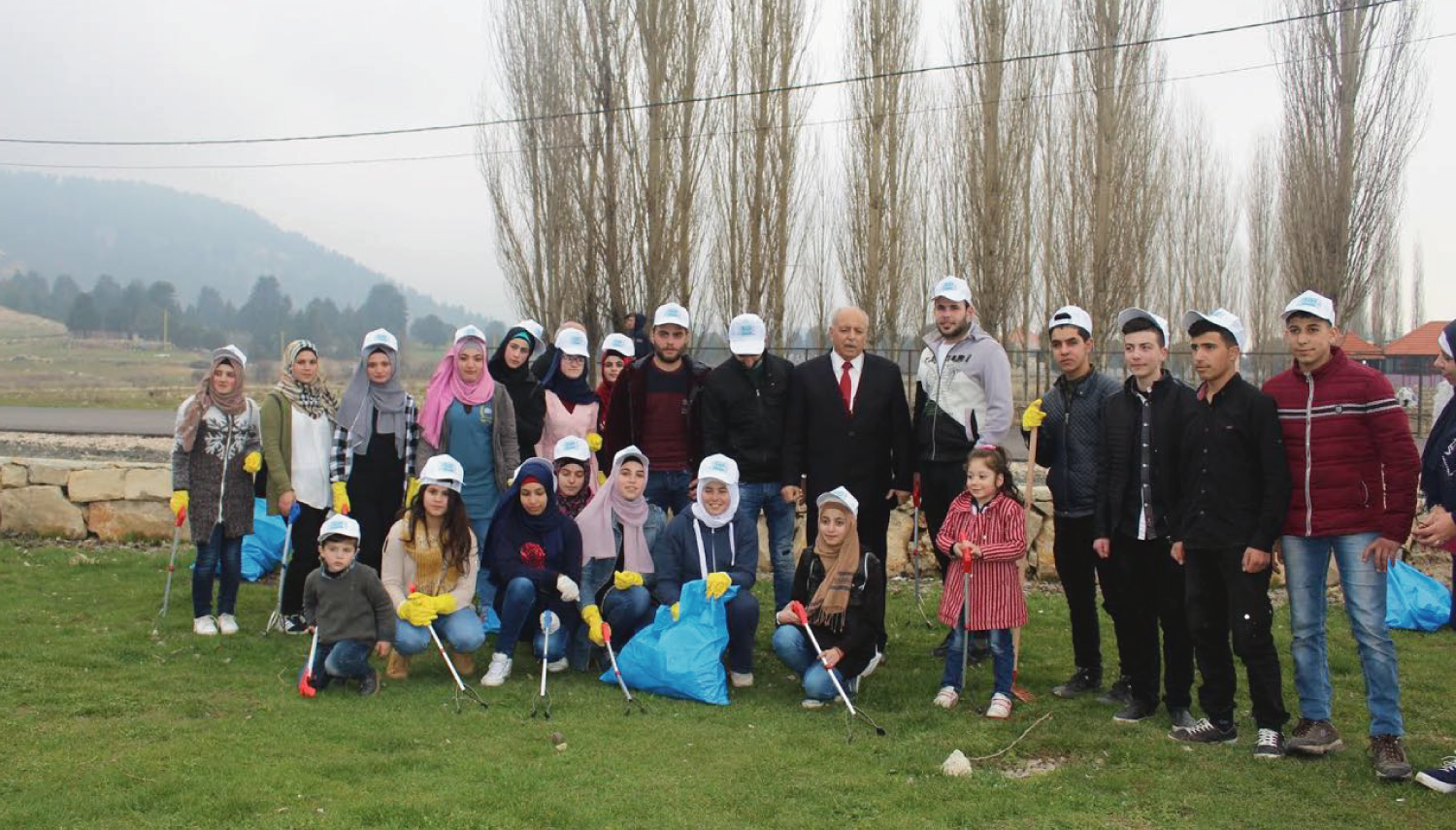 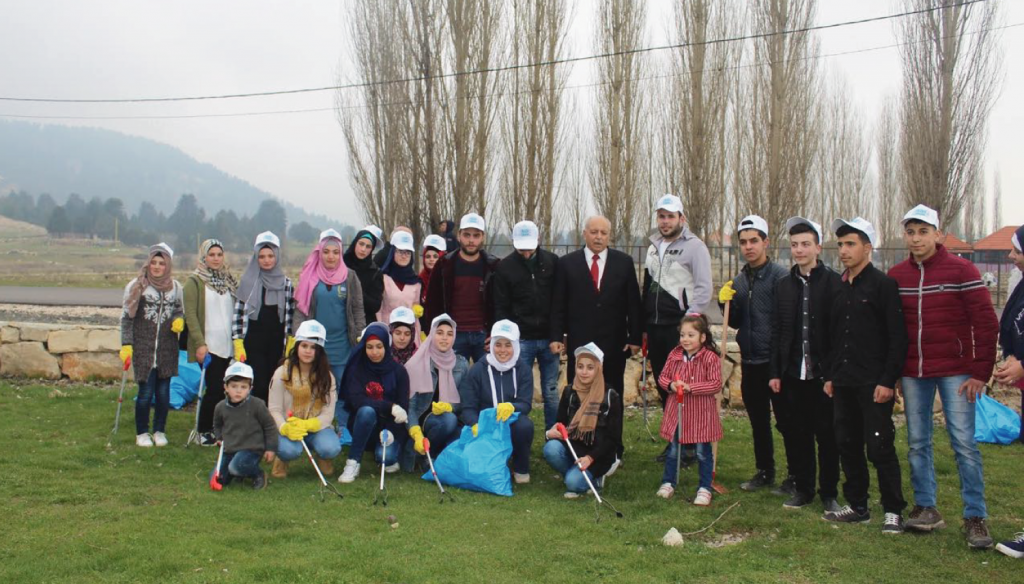 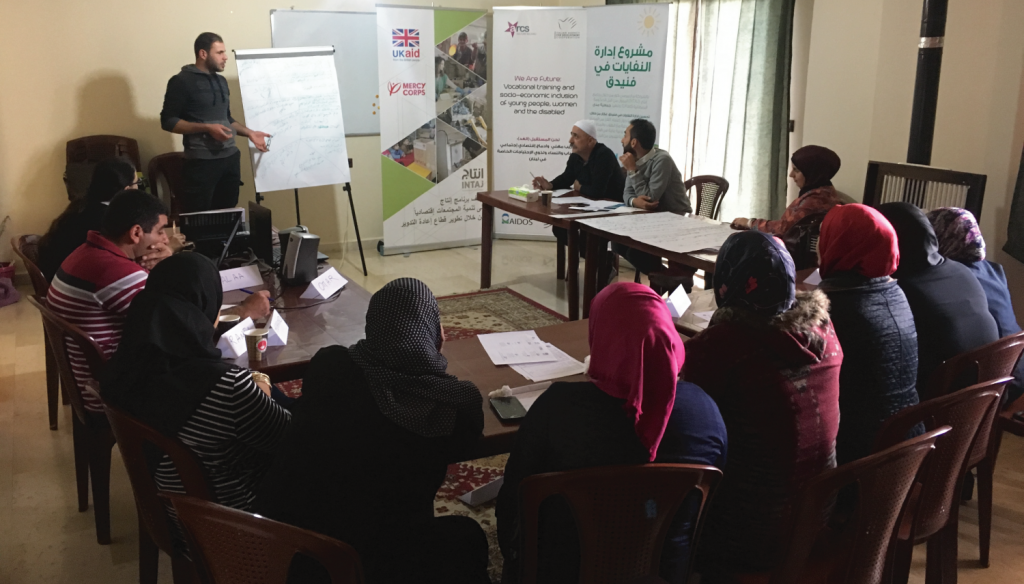 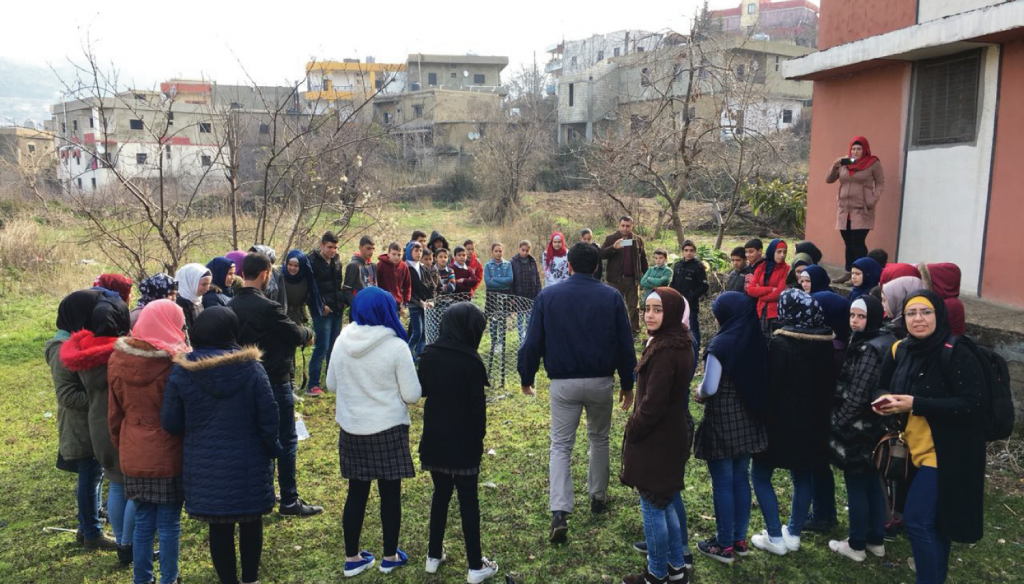 This seven-month project aims at raising awareness on recycling and sorting waste in Fneideq village (Upper Akkar). A sorting unit was built and partially equipped by the Council of Development and Reconstruction (CDR) but due to a lack of equipment the sorting unit could not work. Mercy corps provided the missing equipment and technical support to the municipality team (how to operate and to manage the facility).

Mada’s role is to conduct a door to door campaign in the village (more than 4,000 households) in order to raise awareness on sorting waste in two categories. In addition, activities were conducted in 10 schools.

The general objective was to improve the waste management and waste’s valorization, while the specific objectives were to help households adopt sorting practices on a daily basis and to support awareness activities on waste reduction and recycling practices in schools.

In the context of the support to waste collection and sorting in Fneideq, Mada was in charge of implementing the awareness component of a project aiming at improving the waste collection system.

– Implement a survey on waste sorting’s practices and knowledge
– Organize 20 general public sessions which were attended by 492 persons (of which 24% were men)
– Implement household awareness campaigns; 2 visits in each of the 4,015 households which received bin to help them sort recyclables. In addition to these visits, 13 supermarkets and 589 shops were also visited.
– Implement school activities in 10 schools with the participation of 3,298 students
– In-class activities: an explanation of the concepts of recycling, reducing, and reusing (the rule of 3R), the impact on the environment and health, how we can benefit from sorted waste.
– Compost activities were implemented in cooperation with ‘Compost Baladi’: pilot activities were launched in 4 schools
– Four cleaning campaigns were implemented

Population of Fneideq (around 35,000 inhabitants)